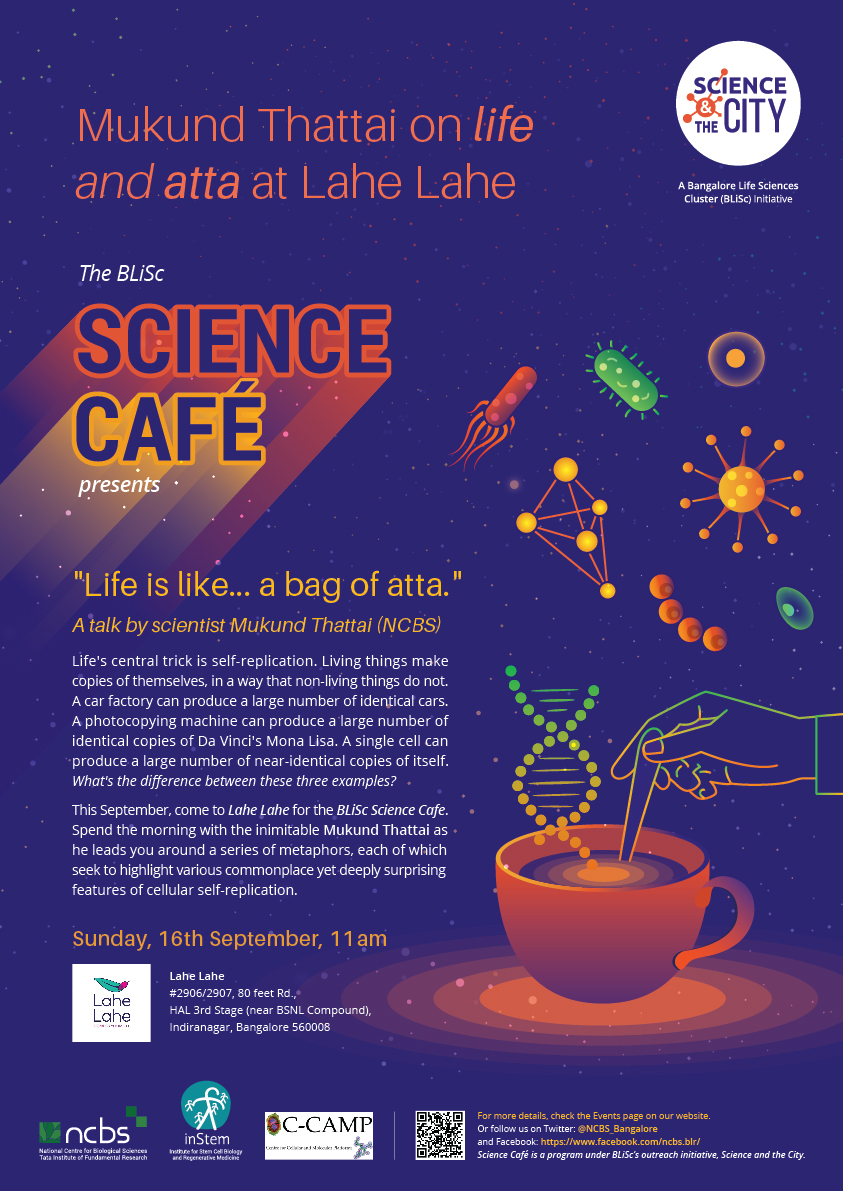 This September, come to Lahe Lahe for the BLiSc Science Cafe.
Spend the morning with the inimitable Mukund Thattai as he leads you around a series of metaphors, each of which seek to highlight various commonplace yet deeply surprising features of cellular self-replication.